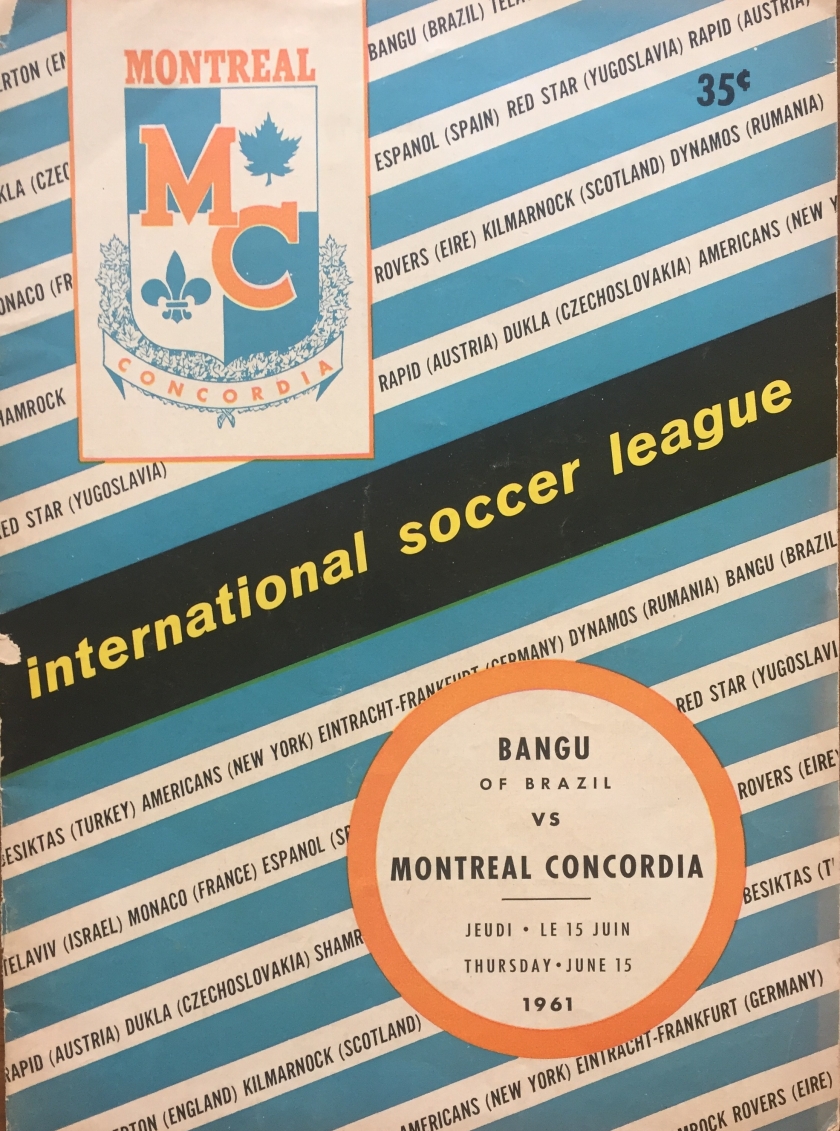 Preview of the season

The annual general meeting was held in Toronto on Saturday January 14, 1961. Walter Freer was re-elected as president of the league. Montreal Ukraina and Toronto Tridents were voted out of the league. As the two clubs had finished bottom of the league they had to re-apply for admission to the league and this was unsuccesful for both clubs. In a step to get away from being labelled an Italian club the Hamilton Italo-Canadians informed the league that they would change their name to the Hamilton Steelers. Toronto Sparta were also granted the right to a name change as an Italian group had purchased the club from Czech interests the previous season. The new name was to be Toronto Roma. The Hamilton club also suggested that the Toronto clubs should share the gate receipts for the matches in Toronto. This matter was tabled until the annual meeting was to be convened in Montreal on January 28.

The new Toronto Roma franchise were looking forward to an intense rivalry with Toronto Italia. However the Italia club resigned together with Hamilton Italo-Canadians and Montreal Cantalia, and all of these three clubs joined the new professional circuit the Eastern Canadian Professional Soccer League. They were joined in that league by the newly-formed Toronto City.

Montreal Concordia also played in the International Soccer League that was organised by Bill Cox. The club was coached by Skender Perolli. The club won the Canadian Challenge Trophy for the second time in their history when they defeated Vancouver Firefighters in the final.

On Monday May 8 Montreal Concordia beat Toronto Roma 2-0 in front of 5,500 fans at Stanley Park. Joao Jorge scored one goal for Concordia, the other goal was an own goal by a Toronto defender.

On Tuesday night May 30 Roma defeated Polish White Eagles 1-0 in Toronto. Argentinian forward Hector Cribioli scored the only goal of the game in the 86 minute.

Later in the season Ken Smith joined Toronto Italia in the ECPSL. Ken was known as a happy wanderer. After the ECPSL season he joined Halifax City in England.

On August 24 Montreal Concordia defeated Toronto Hungaria 2-0 in front of a crowd 1,000 in Toronto. Inside left Humberto Gambaro and outside right Arpad Kiraly scored Concordia’s goals.

Toronto Roma won the league championship on Tuesday September 26 when they beat Concordia 4-1 in the final league game of the season.

Concordia declined to take part in the play-offs as its foreign players were about to leave.

After the season Toronto Roma joined the ECPSL. The Toronto White Eagles applied to join the ECPSL, the application was accepted on the condition that the White Eagles operated out of Buffalo. The Polish club officials reluctently accepted this.

Other Leagues and Cups

The Eastern Canada Professional Soccer League was formed in Toronto on Thursday March 2, 1961. It started with Toronto Italia leaving the National Soccer League to join Toronto City and Hamilton Steelers. It was expected that Montreal Cantalia would also join the league.

On Thursday night May 11 nine British players arrived to play for Toronto City.

Montreal Cantalia lost its home opener against Hamilton Steelers on Sunday May 14. An estimated crowd of 5,000 saw the Steelers win 2-1.

The opening game in Toronto was played on Saturday night May 20, with Toronto Italia beating Toronto City 3-2. 16,509 fans watched the game at Varsity Stadium.

Jack Mudie scored three goals to give Toronto City a 5-1 win over Montreal Cantalia on Wednesday night May 24. Stanley Matthews scored one goal and assisted on a goal scored by Ambrose Morgan. Ismael Ferreira scored for Cantalia. 7,515 fans watched the game in Toronto.