Another new team that joined the second division was Les Castors de Montreal. They played at the new Marquette Stadium. They were owned by shoe factory owner Tony Iammatteo who imported former Serie A player Gilberto Noletti and Brazilian star Cane (Jarbas Faustinho) to lead his team. Alan Hopes was the leading goal scorer in the Second Division. Les Castors forfeited their promotion-relegation series to St. Catharines Heidelberg due to injuries and import players returning home.

Oakville United were a team with a very strong Polish presence. Former Polish international Stan Majcher was the goalkeeper and former Polish first division-player Eryk Hansel marshalled their defence. After the season the club changed its name to the Toronto Falcons.

Ontario Selects made up of amateur players under the age of 21 and were coached by Arthur Rodrigues. Rodrigues had formerly coached First Portuguese, Toronto Croatia and Toronto Metros. Rodrigues used a huge number of players to give them experience at this level. Selects player Doug Pollard joined Windsor Stars for the 1976 season. 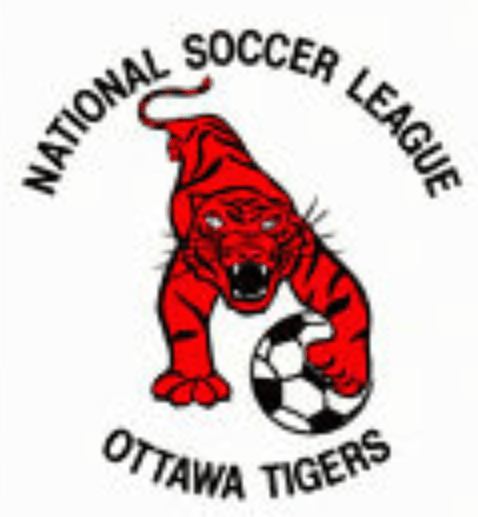 Ottawa Tigers imported three players from Portugal. They were Jorge Santos, Domingos Naftal and Joaquim Santos. Most of the team was European-born.

The attendances fell to around 150-200 per game. Forward Nino Flamini scored 22 goals in 17 games.

New league member Windsor Stars hired former Manchester City and Detroit Cougars star Roy Cheetham as player-coach. They signed five Brazilian imports. The star of these was the former Brazilian international star Jair DaCosta, who was reported to be getting $10,000 for the season. Goalkeeper Raul Marcel Barreto had played for FC America and Palmeiras in Brazil. Dorivaldo Peres marshalled their defence and Pedro DaSilva scored 21 goals in 15 games to help the team finish top of the league. 19-year old Ed Dickson was voted as rookie-of-the year in the second division, and Evangelos Sirigos was selected as the leading goalkeeper.

After winning 12 games in a row Montreal Castors lost at home to Toronto Italia on August 31 in front of 4,000 fans.

In October 1975 both Kitchener Srbija and Melita were suspended for one year, until November 1976, for making payments to amateur players. Larry Gilmour was the Kitchener amateur that received money for playing.

Montreal Castors forfeited their series to St. Catharines Heidelberg.
This due to injuries and import players returning home.