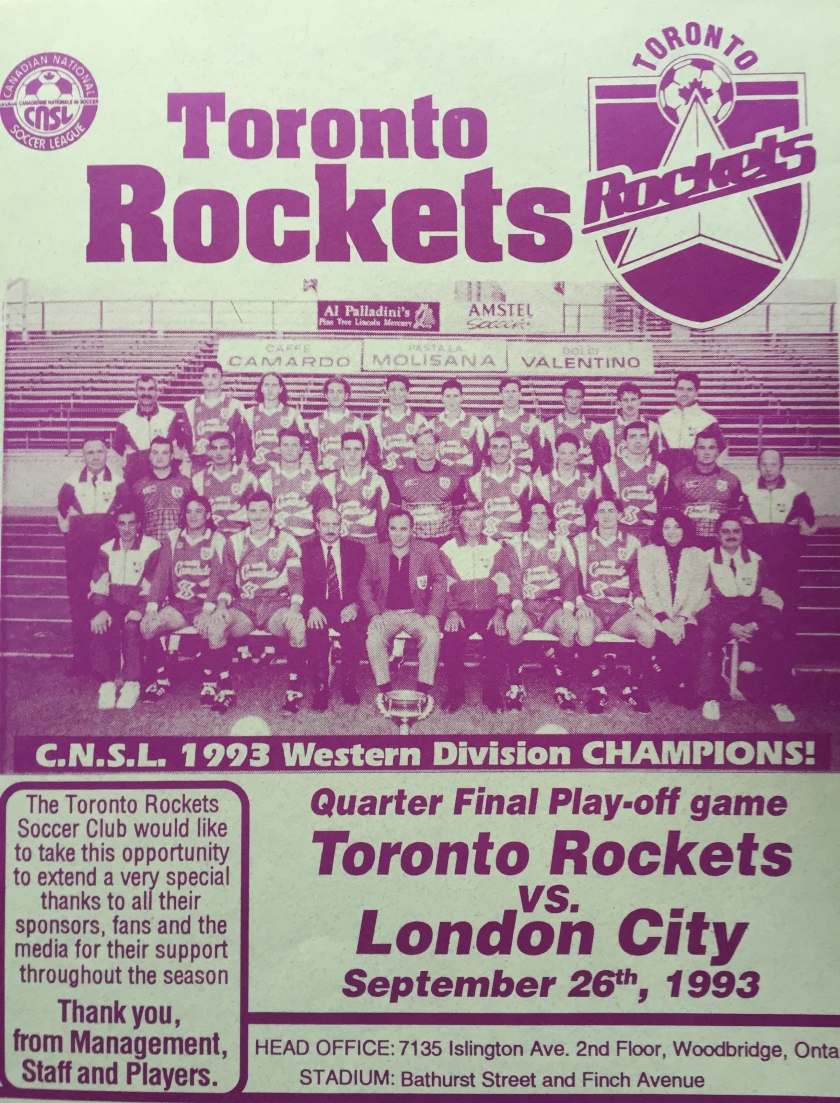 The NSL opened what it called its 71st season with two new teams joining from the defunct Canadian Soccer League. These franchises were the North York Rockets and Winnipeg Fury. After the annual general meeting held in Winnipeg on January 6, 1993, the league changed its name to the Canadian National Soccer League to symbolize this as a merger. At the meeting Laurie McIvor was elected as president, Rocco LoFranco league commissioner, Armando DiFruscio as vice-president and Harry Paul Gauss and Tony Fontana as directors.

Richmond Hill Kick of York played their home games at Richmond Green Sports Centre. The team was coached by Peter Pinizzotto. The Kick of York made international headlines when they posed naked for an Adidas advertisement that was rejected by the Canadian edition of Sports Illustrated. In the middle of July they were suspended by the league for failure to turn up for a pair of games the previous weekend and for failure to pay $2,000 for the final instalment of the league’s operational fee.

With Toronto/North York Rockets joining the league, North York Argentina decided to move their matches to Scarborough and change their name to Scarborough Astros. The Astros played their home games at Birchmount Stadium. Owner and general manager of the team was Bruno Ierullo.

The Brampton Jets changed their name to the Toronto Jets, but played their home games at Esther Shiner Stadium in North York. They were strengthened by the signing of Sante Cesario, formerly of Toronto Italia and the North York Rockets.

North York Rockets changed their name to Toronto Rockets. They continued to play their matches at Esther Shiner Stadium in North York. After the season the Toronto Rockets replaced Toronto Blizzard in the APSL.

In May 1993 former Rutgers coach Peter Paglioti replaced Osvaldo Rizzo as Windsor Wheels’ head coach. After the season the Wheels moved to Detroit to become the Detroit Wheels. They joined the Midwest section of the United States Interregional Soccer League. This came about as their owners were frustrated with commissioner LoFranco and that the league still was heavily influenced by ethnic teams based in Toronto.

After the season Winnipeg Fury ceased operations. They owed approximately $160,000 to its creditors, including salaries and bonus money to many former players. It was said that none of their players got paid during the 1993 season.

The season kicked off on May 23, 1993 at Windsor Stadium with the Windsor Wheels beating Toronto Croatia 2-0.

St. Catharines Roma won the CNSL Championship finals by beating Toronto Rockets 1-0 in the second leg on October 17. The two teams had drawn 0-0 in the first leg. Roma won 1-0 thanks to a goal by Tom Bernardi in the 20th minute.